Natural athletes are often left with an impossible choice: accept that highly anabolic compounds come along with a host of negative side effects, disqualify them competition, and render them an “enhanced athlete,” or turn to these same compounds to reap their benefits on muscle anabolism and protein synthesis. A long line of supplements has purported to reconcile this problem, promising increases to muscle protein synthesis and nitrogen synthesis comparable to AAS (anabolic androgenic steroids). Such promises, of course, were empty, as the real-world effects of these compounds never matched the laboratory results.

Laxogenin appears to be different. While no natural compound will deliver the same effects as PEDs (performance enhancing drugs), and it’s irresponsible to suggest otherwise, Laxogenin does, in fact, seem to operate through the same mechanism of action that makes these compounds so effective – the so-called PI3K/Akt signaling pathway. This pathway directly regulates a process known as “protein turnover,” the ratio between protein synthesis (where your body “builds” muscle tissue) and protein degradation (where your body “destroys” muscle tissue to feed other physiologic processes). In situations where protein synthesis exceeds degradation, your body is in a state of ‘net positive protein turnover,’ commonly known as “anabolism.” While the data is still emerging, Laxogenin appears to induce this very state by significantly enhancing protein synthesis through the very same PI3K/Akt pathway. These trials show Laxogenin simultaneously reducing protein degradation, perhaps inducing muscle into a state of net positive protein turnover.

Combined with the patented ingredient Peak O2, clinically demonstrated to increase power output, endurance, and other metrics of exercise performance, BOLIC is a fully natural but fully effective performance supplement. It not only increases exercise performance, but makes the underlying response to exercise more efficient – ensuring that your hardwork is paying off!

Laxogenin, also known as 5a-hydroxy laxogenin is plant-based steroid derived Smilax sieboldii. Laxogenin is part of the Brassinosteroid class of plant hormones, polyhydroxylated derivatives 5a-cholestane – and thus is structurally to the cholesterol-backbone steroid hormones found in animals and ecdysteroids found in insects. Brassinosteroids function in plant tissue as steroid hormones function in animal tissue, namely by stimulating protein synthesis and inhibiting protein degradation via the PI3K/Akt signaling cascade. Unlike steroid hormones, however, both Brassinosteroids generally, and 5a¬¬-hydroxy laxogenin specifically, show no binding affinity to the androgen receptor (AR) in vitro.

The results of several human clinical trials on this compound suggest that it may meaningfully and dose-dependently impact several key metrics in exercise performance and physiology. A recent trial on 13 healthy, exercising adults consuming either 1.3 grams of PeakO2 or placebo, for example, demonstrated significant increases to oxygen kinetics, aerobic power and time to fatigue. In the adults receiving the 1.3g of PeakO2 for three weeks, VO2max (a measure of aerobic capacity) increased by 11% as compared to 1.8% in placebo; TTE (total time to exhaustion) increased by 8.2%; and peak power increased by 10%.

The results were similar in an additional study with 40 healthy adults, provided both low and high-dose PeakO2 for 28 days and compared with placebo. In this trial, participants receiving the mushroom extract experienced statistically significant increases to both VO2max and heart-rate economy – suggesting that PeakO2’s effects are both systemic and cumulative. That is, not only does PeakO2 exert its effects on the entirety of the human cardiovascular system – likely due to the multiple mechanisms of action in the mushroom blend – but these effects accumulate over time.

These results suggest that PeakO2 may have beneficial effects on: I have been using this product for a few weeks and have already inreased my weights at the gym. I had felt “stuck” previously and this is just what I needed to give me some momentum forward. So far it’s been a great product.

Great product I use it with creatine and get great pumps. 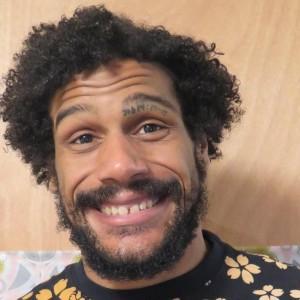 I believe it helped to increase my appetite! Something I needed for my strength.

I cannot be sure what it is in specific I am looking for when I take these items. Maybe it's better recovery, growth, pump. I think for my workouts I am looking to gain strength, gain some lean muscle mass, and feel an overall good recovery. This really depends so I am speaking from a feeling standpoint. I do FEEL good taking this product, I do not notice and jitters, weird feelings, stuff in that realm. I cannot say this makes me more agressive; which is something I would not be looking for...but I can say that I believe this thing has helped me with my apetitie. When it comes to packing on more strength, lean muscle mass, I believe my body type is like a ecto/meso type. I know I have a hard time gettig in calories, you know body building range; like 2500 plus, (so I tend not to be hungry after exercise at times). I think this thing has some serious ingredients though (meaning my stomach doesn't turn when I take them, ectera, they have care for their product). And I do love the companies beta-alanine and creatine. I feel like I have been eating more since taking this though, and tha is something I am happy about...like I feel like it's just helping me break some thangs (food/macros) down you know what I'm saying? I need that for my not just for my life, but really I think I been enjoying my full stomach a little more. I wish I had more specific data, but for now, I would buy again.

Just started with 2 caps a day along with proper diet and training, strength is increasing.